Retaliatory Strike missions are a part of a free content update Democracy Strikes Back released on 26th October 2015. These missions require Helldivers to drop into a hazardous, arena-like area to exterminate as many of the enemies of democracy as possible before being allowed to extract.

During a Retaliatory Strike, a large kill counter (with progress bar) will appear at the top of the screen.

There are 108 handcrafted arenas in total. Going left to right, Bugs, Cyborgs, and Illuminates previews appear in columns of four. City Event arenas appear as a row separately at the bottom: 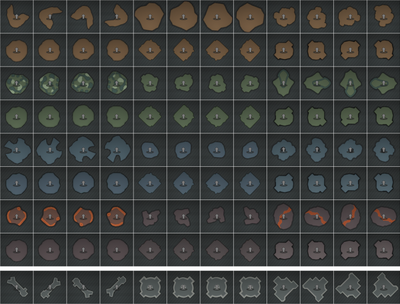 Retaliatory Strikes can appear from Medium up to the The Inner Circle of Hell difficulty as one of the tree missions.

The Retaliatory Strike arenas usually do not stand out, but a few of them are extremely dangerous, not only because they are filled with enemies - Arenas are arranged with hazards such as: