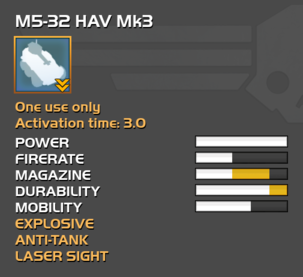 The M5-32 HAV (Heavy Assault Vehicle) is granted to the player as a reward for completing all the missions on its associated planet (typically a high level planet - difficulty 10 to 11).