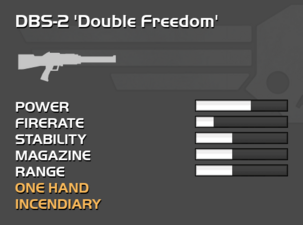 "With two barrels and two triggers, this shotgun can fire both its shells at an incredible rate of fire, great for taking out large groups of enemies, or single targets at short range."
- Armory Description