Once human, these terrorists have broken away from the peaceful ways of Super Earth and are fixed on mass destruction, devastation, and ruination. Utilizing inferior technology they have become obsessed with the manipulation of their bodies and constantly seek to pervert the skin with machines that according to them, gives them a higher meaning in life.

Cyborg leaders have recently declared their sovereignty from Super Earth, stating violently that "Super Earth's ideals are a lie and the people are brain washed", in an attempt to bring more followers to their heinous cause. 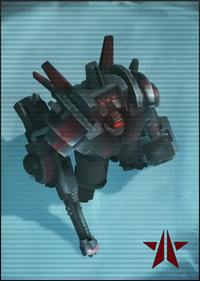 "...the top of Cyborg society, using their power to oppress and control their cybernetic subjects."