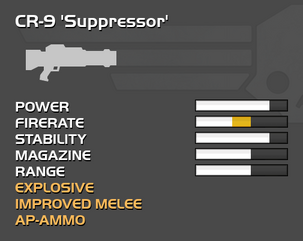 The CR-9 Suppressor is part of the Defender Pack and is automatically unlocked by purchasing the respective DLC.