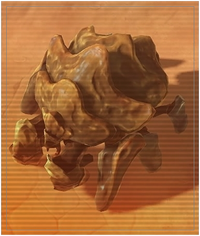 An even heavier breed of Tank, the Behemoth is fully encased in armor and requires anti-tank weapons to bring down. It's armor is extremely thick and can sometimes take several shots before dying. It is still capable of charging, making it a very formidable opponent in open terrain.