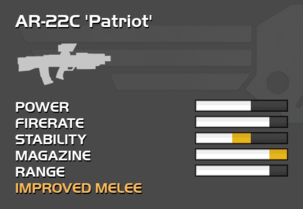 "A carbine version of the AR-19 Liberator, it has a slightly extended magazine and much higher fire rate. Seldom used since the ammunition expenditure is higher than any other Helldiver weapon."
- Armory Description